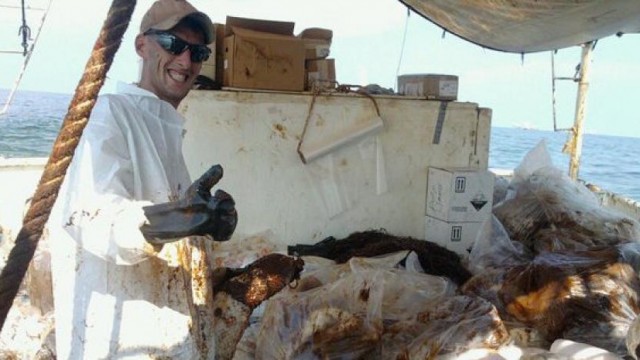 BP Cleanup Worker: “How Could I Have Known It Would Get This Bad?”

For weeks, Adam Williams had been looking forward to his son’s first t-ball game of the season.

So much so, that when he had what was the latest in a long string of seizure-like episodes before the game, no one was surprised that he still made it to the park in time for the first inning.  The seizure’s after-effects left his speech slurred and his brain foggy, but even that didn’t prevent the proud father from cheering on his son on an otherwise picture-perfect day on Florida’s Gulf Coast.

For Williams, feeling sick has become normal. Since working to clean up BP’s oil in 2010, he has suffered from various health problems. But he never thought it would get this bad.