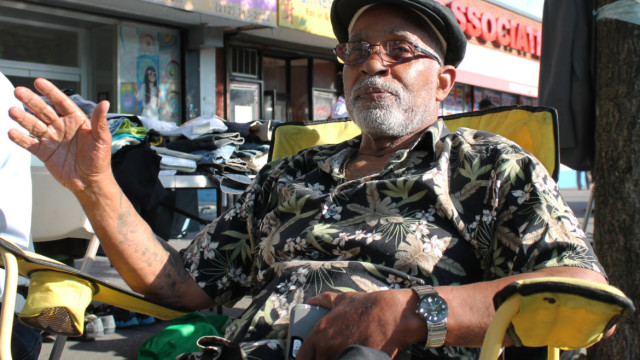 NEW YORK — Diana Ortiz remembers breaking into a huge smile the minute she saw her name on the voting roster. For many voters, the day was almost routine. But for Ortiz, who was convicted of murder when she was 18, the day carried a special significance. She was 45 years old and voting for the first time after spending more than 20 years in prison.

“I missed getting to vote for Obama,” said Ortiz, referring to Barack Obama’s 2008 election with a hint of remorse. “But I was just thrilled I was able to finally vote.”

In New York, where 16- and 17-year-olds are automatically charged as adults, anyone convicted of a felony loses their right to vote while incarcerated. Many formerly incarcerated individuals — and even some parole officers and election officials — think that right is lost until those individuals have completed their parole. Even the New York State Voter Registration Form indicates one must not be in prison or on parole for a felony conviction in order to register.

But an investigation reveals a confusing and little-known process that allows New York parolees, many of whom have their first contact with the criminal justice system in their teens, to get certificates that will restore their right to vote.

Most often used to help obtain jobs and housing, Certificates of Good Standing and Certificates of Relief from Disability are issued to formerly incarcerated individuals by the Department of Corrections and Community Supervision’s (DOCCS) Certificate Review Unit. Applicants for a certificate must complete a seven-page notarized application. For parolees who are approved, certificates demonstrate they have been rehabilitated and their crimes should no longer be held against them.